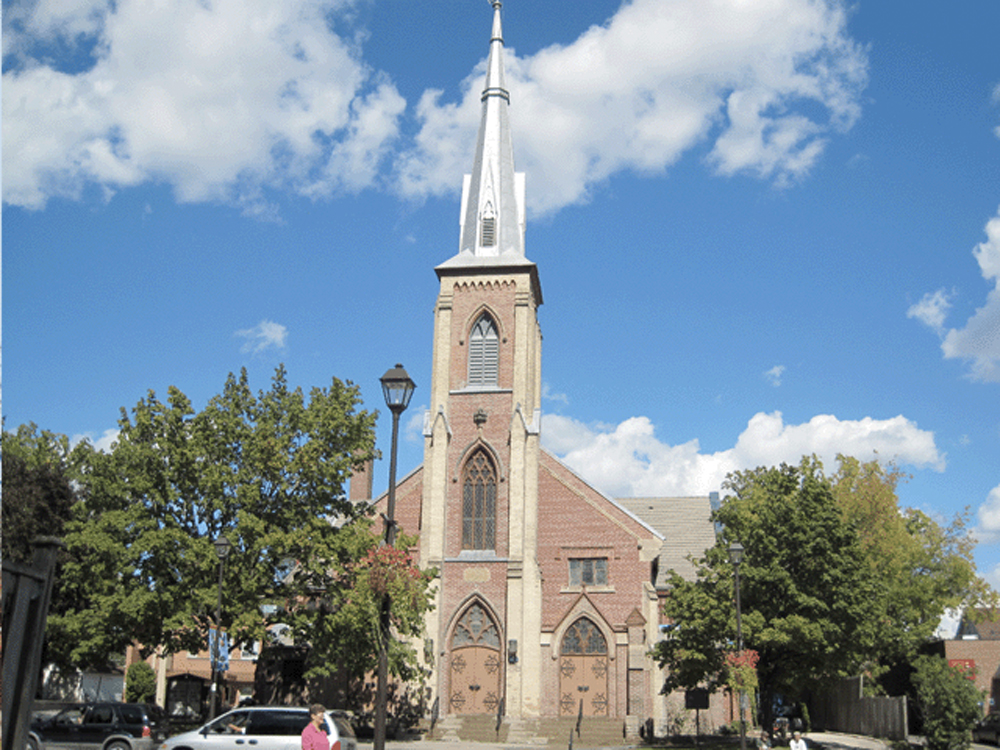 Egberts Engineering Limited started review of this nearly 150 year old church in 2002. At that time the Church members could see the deterioration of the original 1867 brickwork. Brick surfaces were broken and spalled, stone sills chipped and cracked, roof flashings were deteriorated and wood trim and window frames were developing rot. It was clear that it was a matter of time that weather would be passing through the building exterior walls.

Investigation showed that past efforts at repair had been undertaken, but with modern mortars, and jointing that involved masking and grouting of joints, rather than matching historical brick layup. Surfaces appeared to have undergone aggressive cleaning some decades before, damaging the brick faces. Sampling and testing found that bricks had significant loss of strength and loss of weathering resistance. While the walls already had poor surface conditions, it was evident that this would accelerate, due to the poor condition of the surface.

It was proposed to extensively replace bricks in the exterior wythe with exact replacement bricks and historically correct mortar so that the new brick surface would have a uniform appearance, matching what is expected would have been the original appearance of walls when built in 1867. Additional repair to exposed wood work trims and roof flashings was also needed and included in the scope of work.

Fund raising and planning involved a number of years and funding from the Trillium Foundation was secured during winter of 2008. Review of the proposed work by the Brampton Historical Board and Building Department was obtained prior to commencing work in spring 2009. Repairs started in summer 2009 and are expected to be complete by fall 2010.

Everest Restoration is undertaking the restoration work. Original matching brick has been located, including beveled and special shapes, but custom cut voussoirs (tapered units in arches) are being precision made on site by Everest’s masons, where needed. Original voussoirs are being maintained in most locations.

This has been a long but very satisfying and interesting project for Egberts Engineering and we look forward to completing this significant Brampton building with Everest Restoration over the summer of 2010.